ADOT is ready for floods out of burned areas; drivers should be too

The Arizona Department of Transportation is prepared to respond quickly to intense flooding out of areas burned by wildfire, including a mudflow that overwhelmed two culverts and closed State Route 188 early Tuesday near Roosevelt Lake.

Because of the extent of the Bush Fire, those using SR 188, along with other highways and roads near burned areas, should be aware of the potential for flooding, debris flows and closures.

ADOT is responding to the potential for intense flooding by staging heavy equipment along SR 188 and nearby sections of SR 87 so work crews can begin clearing debris immediately after storms. ADOT is in frequent contact with the National Weather Service to get localized forecasts for areas burned by wildfires.

The mud and debris flow that occurred along SR 188 represents an ever-present possibility out of burned areas. Another recent example is flooding that devastated State Route 88 (Apache Trail) between Tortilla Flat and Apache Lake. A stretch of 7 unpaved miles of that highway, between the Fish Creek Hill overlook and Apache Lake, remains closed indefinitely due to last year’s damage and the potential for more intense flooding out of the Woodbury Fire scar.

Crews have removed thousands of cubic yards of earth and debris from SR 188, which remained closed Tuesday afternoon between mileposts 242 and 255. After the highway reopens, drivers should expect work crews in the area for the next several days to remove debris from box culverts and washes.

Other than damage to guardrail, the highway appeared to be unharmed.

ADOT is exploring the potential for federal emergency funding to cover the cost of cleanup and repairs. 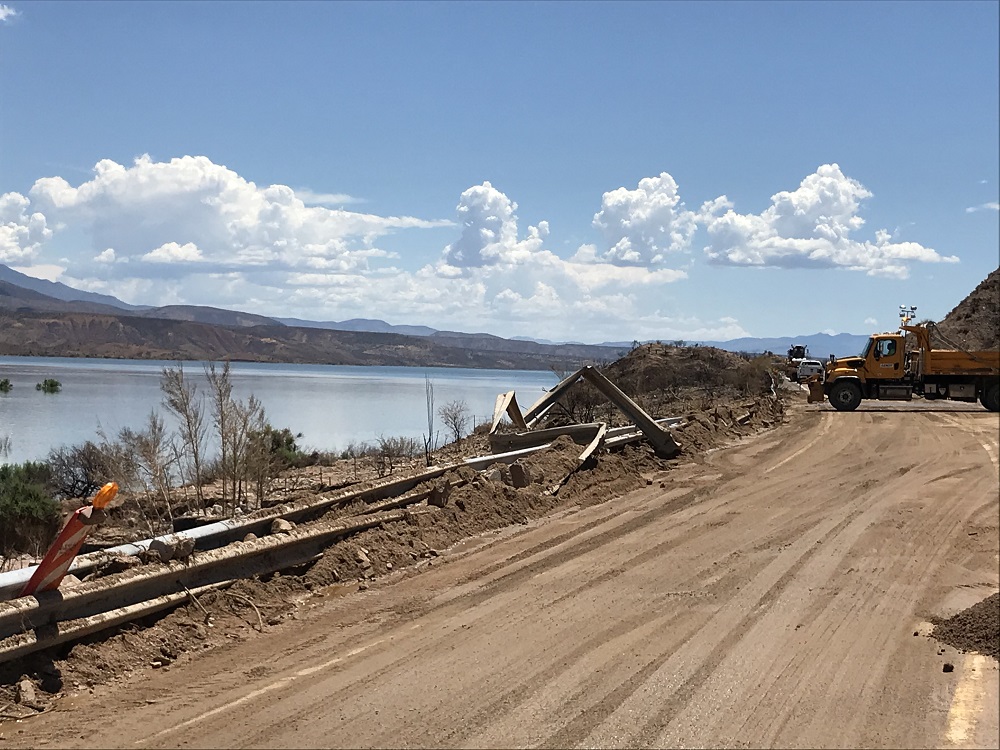