Fire officials on the Williams Ranger District of the Kaibab National Forest are currently suppressing the Burro Fire. The Burro Fire, discovered on October 9th, was caused by lightning and has grown to approximately 7 acres. The fire is located approximately seven miles south of Williams near Forest Road 42 near Jackass Knoll, approximately 0.5 miles north of the Bill Williams Loop Road/Forest Road 108.

Firefighters will use a tactic known as “burning out” in order to keep fire at a low to moderate intensity, minimizing severity. This method will also secure containment lines before fire arrives at designated control boundaries such as roads, which reduces hazard exposure to firefighters and allows for safer patrolling of the fire. This strategy is expected to ultimately contain this fire within a defined planning area of approximately 330 acres.

Objectives include allowing the fire to fulfill its natural role in the ecosystem, while increasing protection of private property, wildlife habitat, cultural resources, protecting watersheds, and reducing hazardous fuels.

Smoke may be visible along the Bill Williams Loop Road/Forest Road 108 on the Williams Ranger District. No smoke impacts are anticipated to reach developed areas in the surrounding communities.

Smoke dispersion will be monitored closely, however smoke may settle in low lying areas in the vicinity over night. Smoke is expected to lift and clear out rapidly as the ground surface warms in early morning hours.

Additional information about the Burro Fire, and the Kaibab National Forest can be obtained through the following sources:

PDF version of this email can be found at: https://bit.ly/3FoPCgE 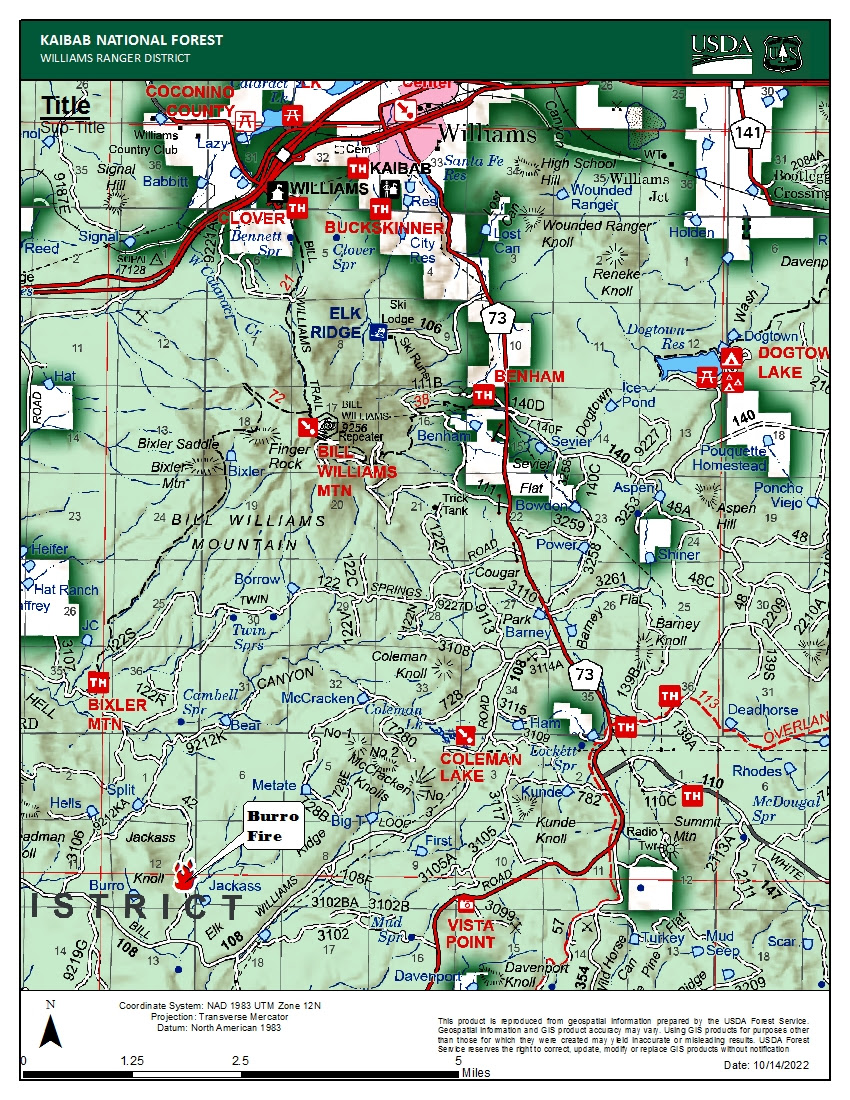