The Murray 2 Fire was a natural-caused wildfire discovered on September 11th and a confine-and-contain fire suppression strategy was implemented. A team of 59 fire staff from the US Forest Service, National Park Service, Bureau of Land Management, and the State of Arizona utilized existing roads, trails, and natural barriers while implementing varying types and intensities of operational actions to delay and direct fire spread.
The Murray 2 Fire burned within the 2006 Warm Fire area which consists predominantly of grasses, and dead-and-downed Ponderosa pine and aspen, with sections of live pine and large swaths of regenerating aspen. The fire consumed mostly dead forest floor materials which had the potential to fuel future wildfires. The fire left behind a fire mosaic pattern, a mixture of low intensity burning around islands of unburned forest which is highly beneficial to biodiversity and forest health. Crews took advantage of the confine-and-contain strategy to remove snags and fire hazards along the Arizona Trail corridor and trail access on Forest Road 205 to improve visitor safety.

Smoke may continue to be visible along Arizona Route 67 and the Arizona Trail as larger forest floor fuels and stumps continue to smolder. Crews will continue to monitor the Murray 2 Fire area and address issues as they may arise.

The Kaibab National Forest is a fire-adapted ecosystem. It is dependent on fire to play a natural role in maintaining vibrant forest health. Lack of fire in the forest has caused an abundance of fuels to build up, which can make the forest vulnerable and susceptible to more dangerous uncontrollable fire incidents. Managing this wildfire in this the ecosystem is a very effective tool to reduce fuel loads and restore the landscape back to a healthier state that is more aligned with historical conditions. 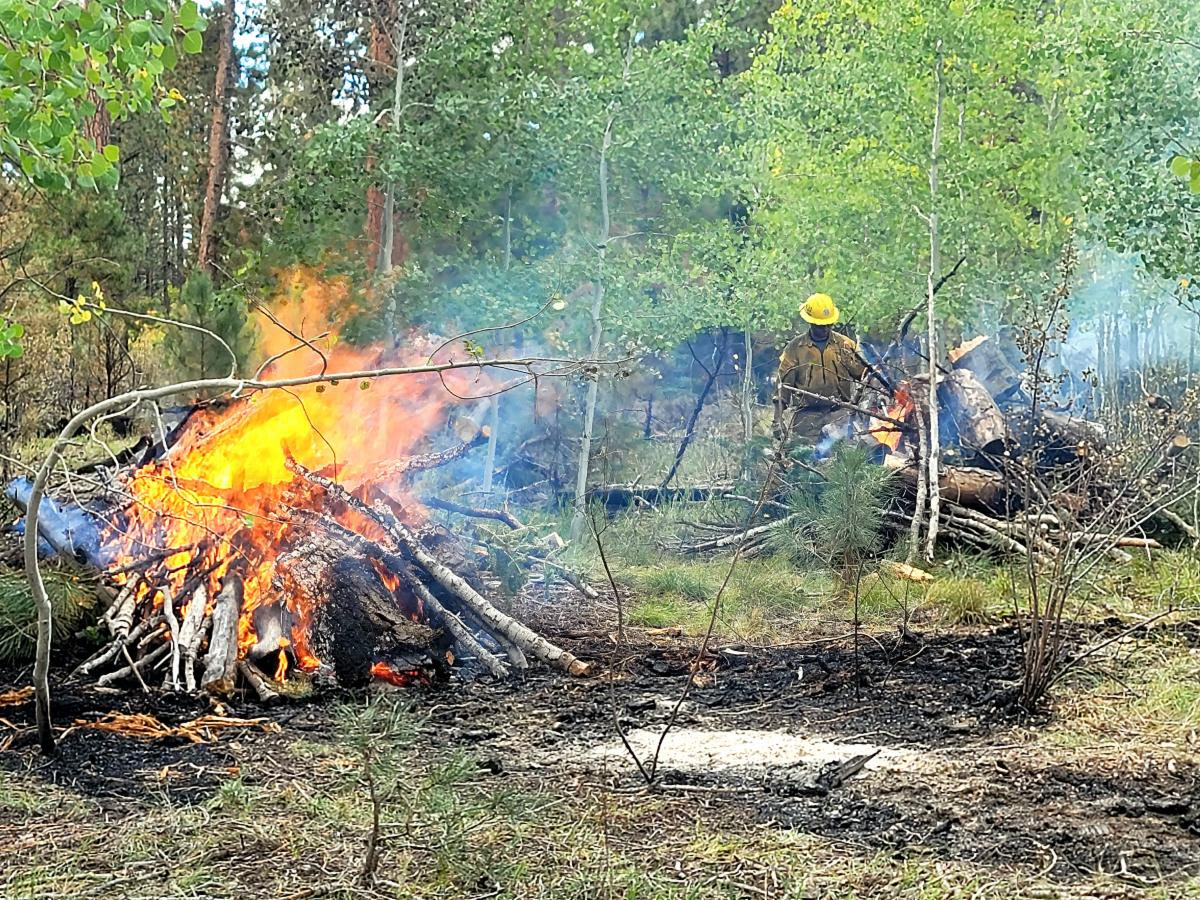