With the community of Crown King in a “Set” status, the town is now closed to the public. Only residents will be allowed in and out.

Yesterday the fire perimeter between Black Canyon City north to Castle Creek and west of Bumble Bee was contained.  Due to increased humidity, the fires overall intensity slowed but remained active. Firefighters remained abreast of the fire’s westward progress in the Horsethief Basin area by using firing operations from prepared lines to direct fire movement away from structures and improvements.

Other crews worked to prepare the Crown King Road (County Road 59) for possible contingency firing operations between Cleator and Crown King, should future conditions require that tactic. Preparations for potential firing operations were also made along portions of Black Canyon Road (FS 101) as the fire moved downhill north and east toward more defensible terrain. A late afternoon rain cell dropped moisture over the northern portion of the fire.

Today firefighters are working on structure protection operations to protect Crown King. These actions include re-clearing previous fire control lines and temporarily installing pumps and sprinklers. In Horsethief Basin, crews are monitoring yesterday’s burnouts and providing point protection tactics as needed to protect structures and improvements. Other resources are monitoring the fires progress south of Cleator, ready to do a firing operation to slow or redirect the fire’s movement.

EVACUATIONS: Presently the communities of Cleator and portions of Black Canyon City are in “READY” status. Crown King and the Lorena Gulch Cabins are in “SET” status and Horsethief Basin is in “GO” status in accordance with Arizona’s Ready-Set-Go Program https://ein.az.gov/ready-set-go 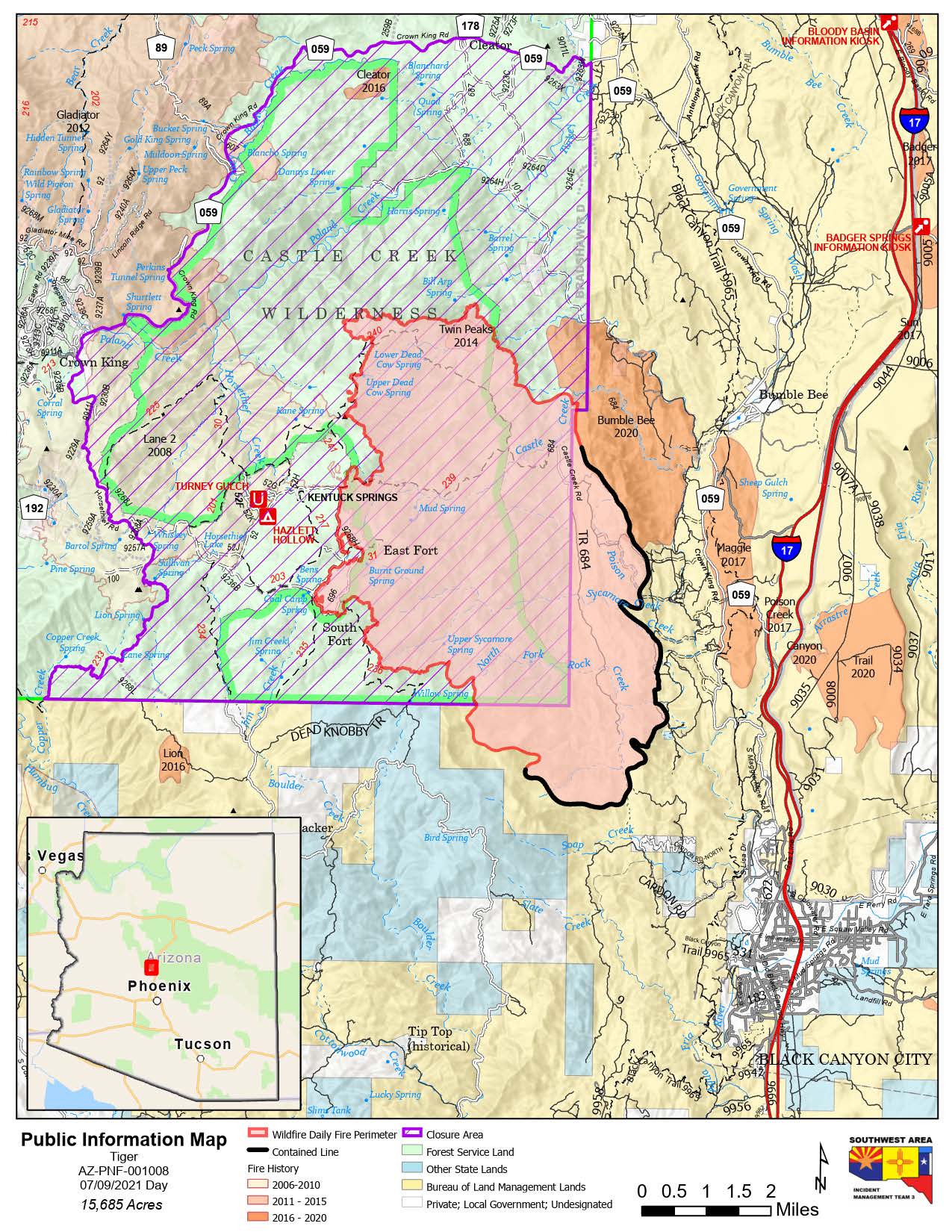