As monsoon rains set in, the potential for flash flooding and debris flows in the Mangum Fire area intensifies and forest roads may be closed as a result. Throughout the 2021 monsoon, the following forest roads, in the vicinity of and including Forest Road 22, were temporarily closed due to flash flooding and debris flow damage and could see potential closures again during the 2022 monsoon:

Despite closure status, visitors should always exercise extreme caution while traveling in and around the burn area. Areas heavily affected by fire, especially in and near steep terrain, are susceptible to flooding and washing out during intense rainfall. The loss of trees and other vegetation in burned areas leads to an increased chance of flooding and debris flows which can pose a significant risk to human life.

Floods on fire-scarred areas can contain soil, vegetation and woody debris, and rock that rush down canyon sides, naturally funneling into stream channels, capturing additional material in their paths, and form thick, fan-shaped deposits at canyon mouths and open areas.

Those planning to visit open areas of the forest should check the weather forecast frequently, as conditions can change in a very short timeframe. Be aware that short intense bursts of rain may be particularly dangerous. If you observe movement of soil, debris, or flooding, move to higher ground immediately. If you hear sounds such as trees cracking, or boulders knocking together, move to higher ground immediately. Be especially alert while driving. Embankments along roadsides are susceptible to landslides.

View this and other Kaibab National Forest news releases at https://www.fs.usda.gov/news/kaibab/news-events

Photos are of monsoon storm-related flash flooding, debris flows, and erosion on Forest Roads 22 and 462 in the Mangum Fire area in 2021. 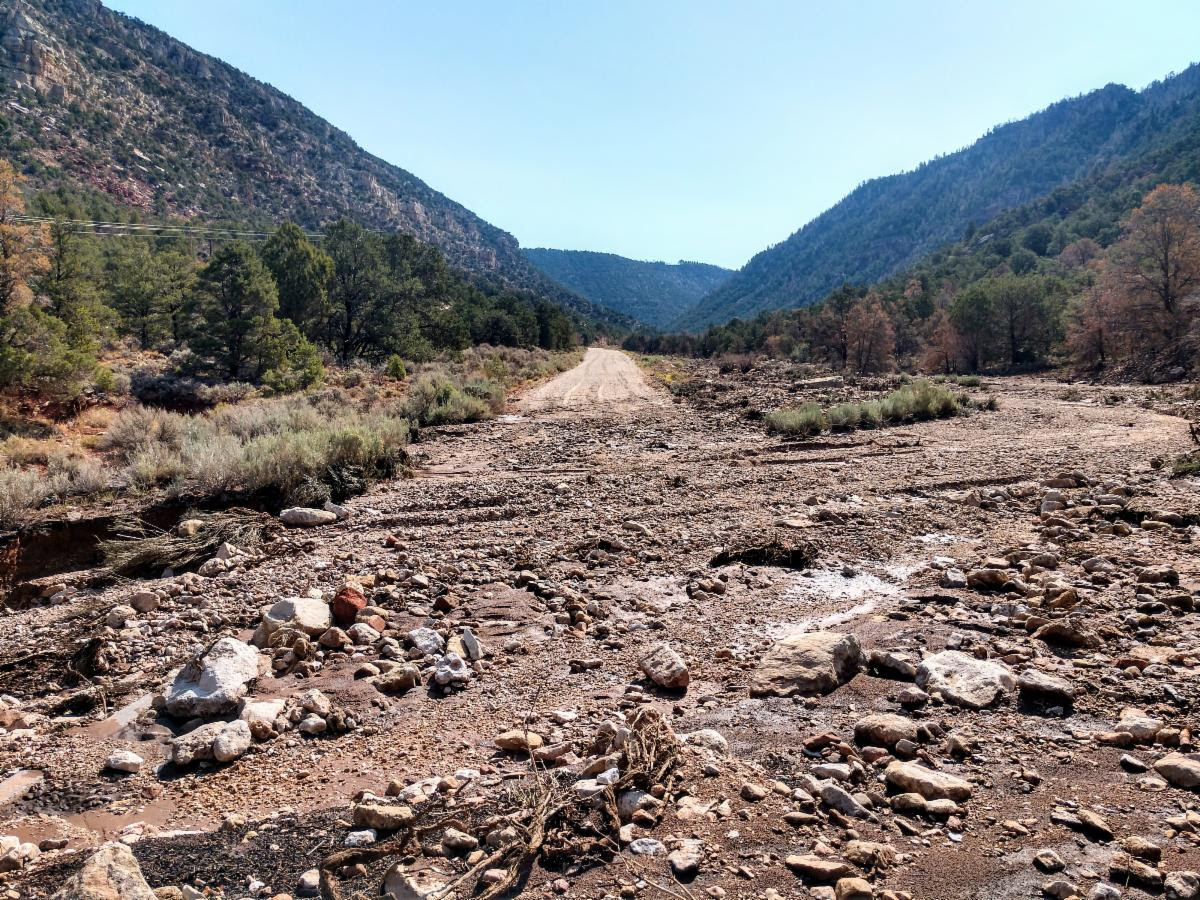 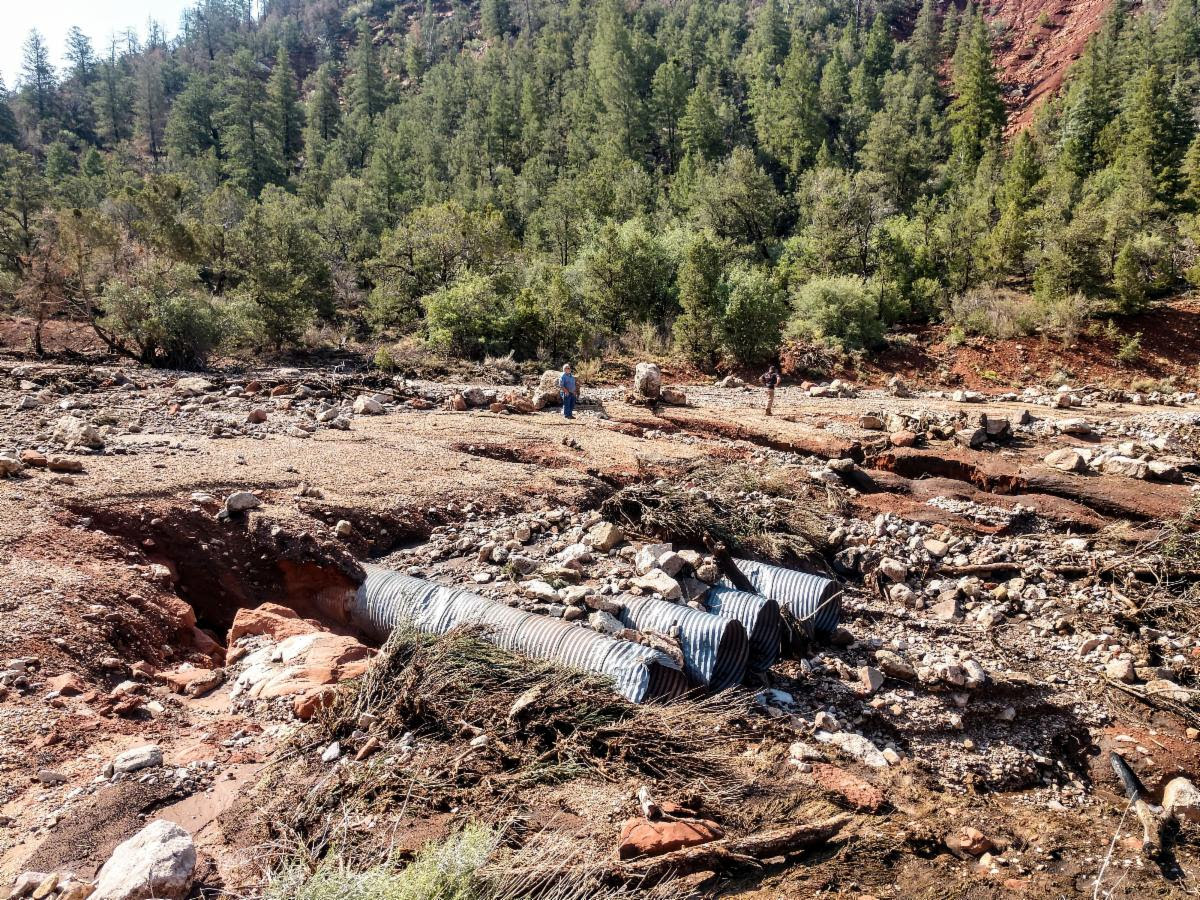