A new lightning caused wildfire discovered earlier this week on the southeast end of the Williams Ranger District will be allowed to burn naturally within a pre-determined management area to reduce fuel loads and promote healthier landscapes.

Due to the remote location and low to moderate fire behavior observed, the Thumb Flat fire is being allowed to move naturally for the benefits of reducing hazardous fuel accumulations, increasing protection of local private inholdings, and restoring forest health. The overall strategy will be to contain the fire within a road system and various control features surrounding an area of about 475 acres.

The Thumb Flat fire is located approximately 18 miles southeast of the City of Williams near Colcord Canyon. It is currently 160 acres and is burning in a mixed fuel type that include ponderosa pine, pinon juniper, oak, and grasses. The goal is to allow the fire to burn as it would naturally as long as it can be safely managed while meeting objectives. Growth is expected to increase over the next two days with the fire spread reaching its full potential within the management area by Saturday. Forest road 12 will be burned out in order to confine the fire on the western edge.

Smoke may be visible from Williams, Prescott, and from areas around Flagstaff, but will be short in duration. No smoke impacts are anticipated to developed areas in the surrounding communities.

The Kaibab National Forest is a fire adapted ecosystem. It is dependent on fire to play a natural role in maintaining vibrant forest health. Lack of fire in the forest has caused an abundance of fuels to build up, which can make the forest vulnerable and susceptible to more dangerous uncontrollable fire incidents. Reintroducing fire back into the ecosystem is a very effective tool to reduce fuel loads and restore the landscape back to a healthier state that is more aligned with historical conditions.

During operations, fire personnel and vehicles will be visible to the public. Motorists and visitors are asked to avoid active hot areas and are reminded to use caution and drive with heightened awareness when passing through the fire vicinity. 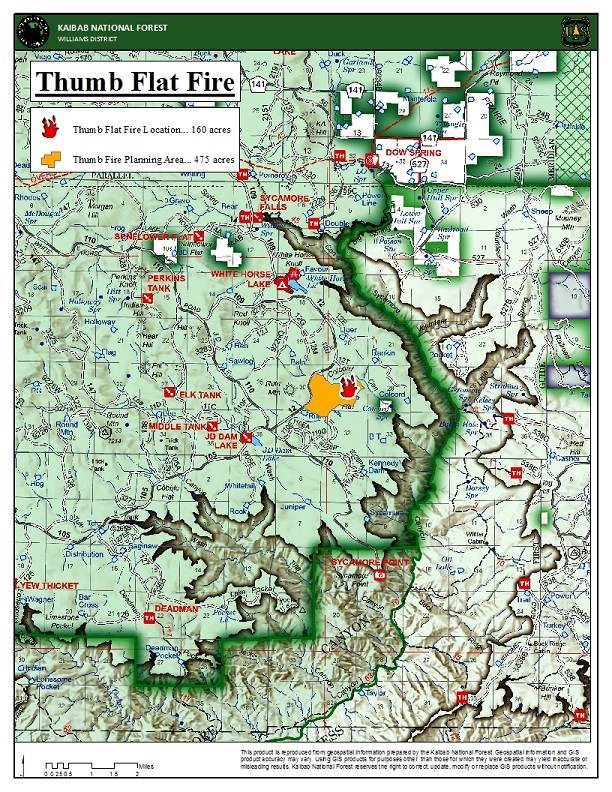