Containment on the Tunnel Fire increased to 43% on Wednesday evening due to firefighters' continued hard work to mop up and secure the fire’s perimeter in the Sunset Crater National Monument and Black Mountain areas. Critical fire weather caused increased fire behavior with pockets of smoke within the fire's interior, but was not a threat to the perimeter. Suppression repair work occurred along Forest Road 545 and in Sunset Crater National Park.

Crews will remain on the Tunnel Fire for several days to patrol and check on reports of smoke and mop-up as needed. Their work will also include finishing backhaul of equipment that is no longer in use and completing suppression repair. As work is accomplished, resources will be released and made available to respond to other priority fires in the southwest.

As of this morning, the Tunnel Fire is 19,075 acres. The reduction in size is due to more accurately depicting the fire’s edge south of Darton Dome near the lava flows.

Tomorrow morning at 7 a.m. the management of the Tunnel Fire will transition to the Coconino National Forest and a Type 4 team. They will provide periodic updates as conditions change on the ground, and Inciweb will be updated until the fire is contained. U.S. Highway 89 has reopened.

Weather: There is a Red Flag Warning in effect for Thursday for low humidity levels and increased winds. Firefighters will continue to patrol and mop-up. They expect any active burning to be within the existing fire perimeter. Much of the visible smoke is a result of several large fires burning in the Region.

Closures: The Coconino National Forest has instituted a Forest Closure Order for the area affected by the Tunnel Fire. 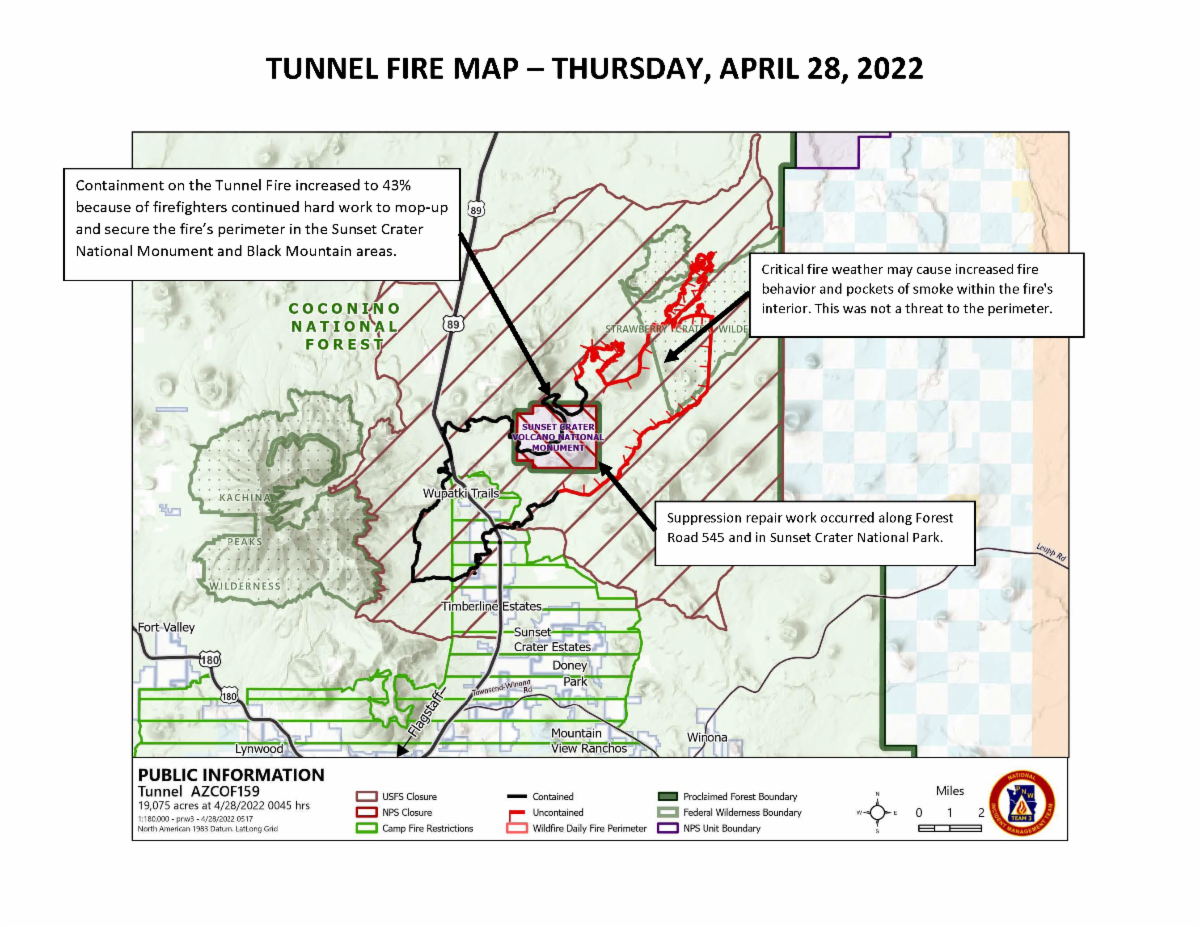