Roads in the Kaibab National Forest are snowy, slushy, icy and, in some areas, completely impassable. Although most remain open, forest roads are not maintained for winter travel. The Forest Service is urging visitors to plan ahead, use good judgement, and exercise caution.

Even a few inches of snow can obscure icy roads and soft shoulders where vehicles can become stuck. Snow drifts may be much deeper than they appear. Mud can also be deeper than expected and is just as likely to cause a vehicle to become stuck.

Road conditions can change rapidly. Roads that are frozen solid early in the morning can melt and be unsuitable to drive by midday. Winter storms can trigger unexpected rockslides that could turn a road from passable to impassible in a matter of minutes.

Many areas of the forest have little to no cell coverage for emergency calls.

Remember that driving on wet and snowy roads can cause irreparable damage to the roadbeds, shoulders, and the surrounding area. Damaging natural resources is illegal and could result in fines and or jail time.

Know before you go. Monitor the weather forecast and contact the local ranger station for road conditions.

On the southern zone of the Kaibab National Forest around Williams and Tusayan, recent rains that fell on already melting snow has made most of the roads extremely slushy. On the North Kaibab Ranger District, which is higher elevation, snow drifts cover the roads. The Arizona Department of Transportation (ADOT) closed State Route 67 south of Jacob Lake to vehicle traffic on Dec. 1, 2022. During the winter, ADOT closes and does not clear snow from the route, which runs 43 miles between Highway 89A at Jacob Lake and the North Rim of Grand Canyon National Park.

Photo of a truck stuck in snow.jpg 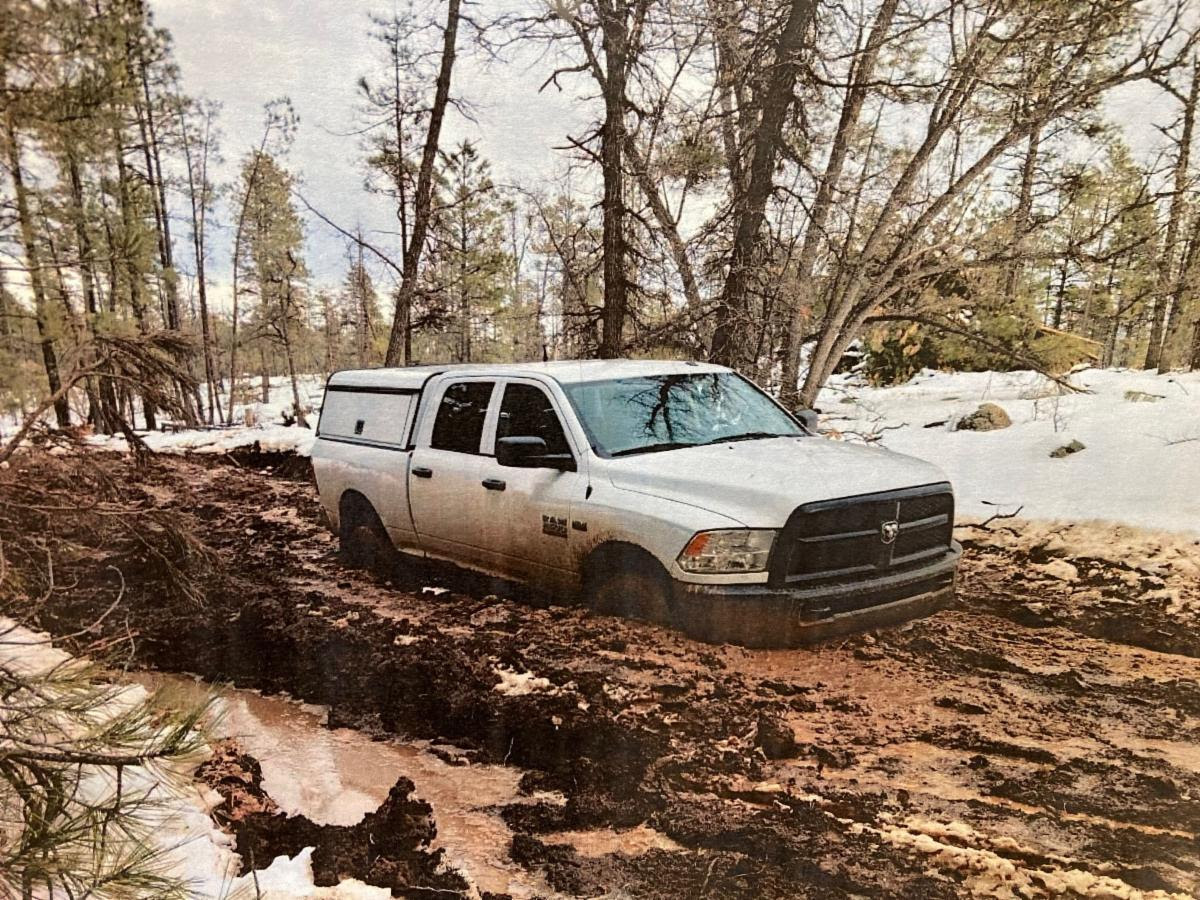